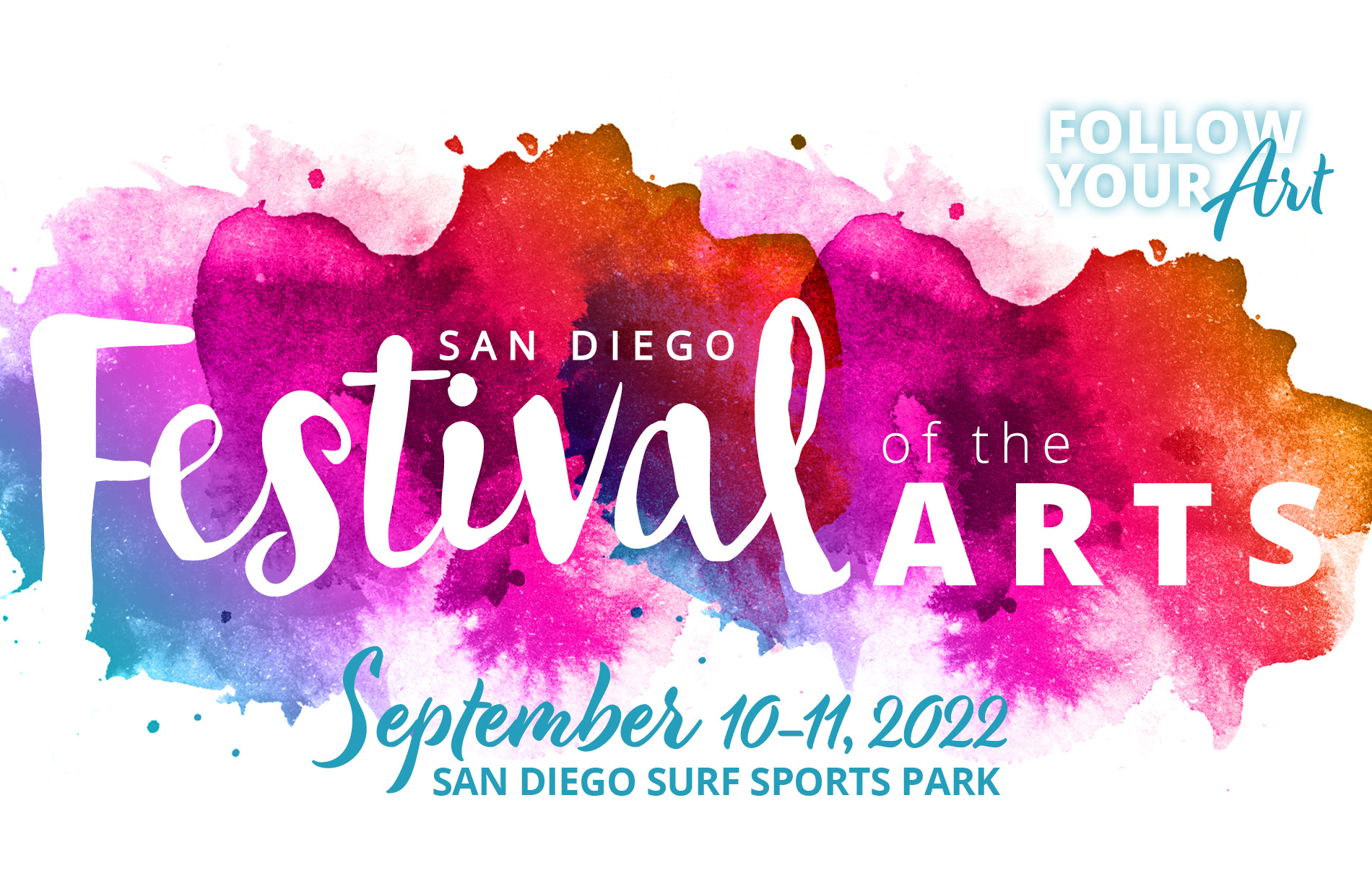 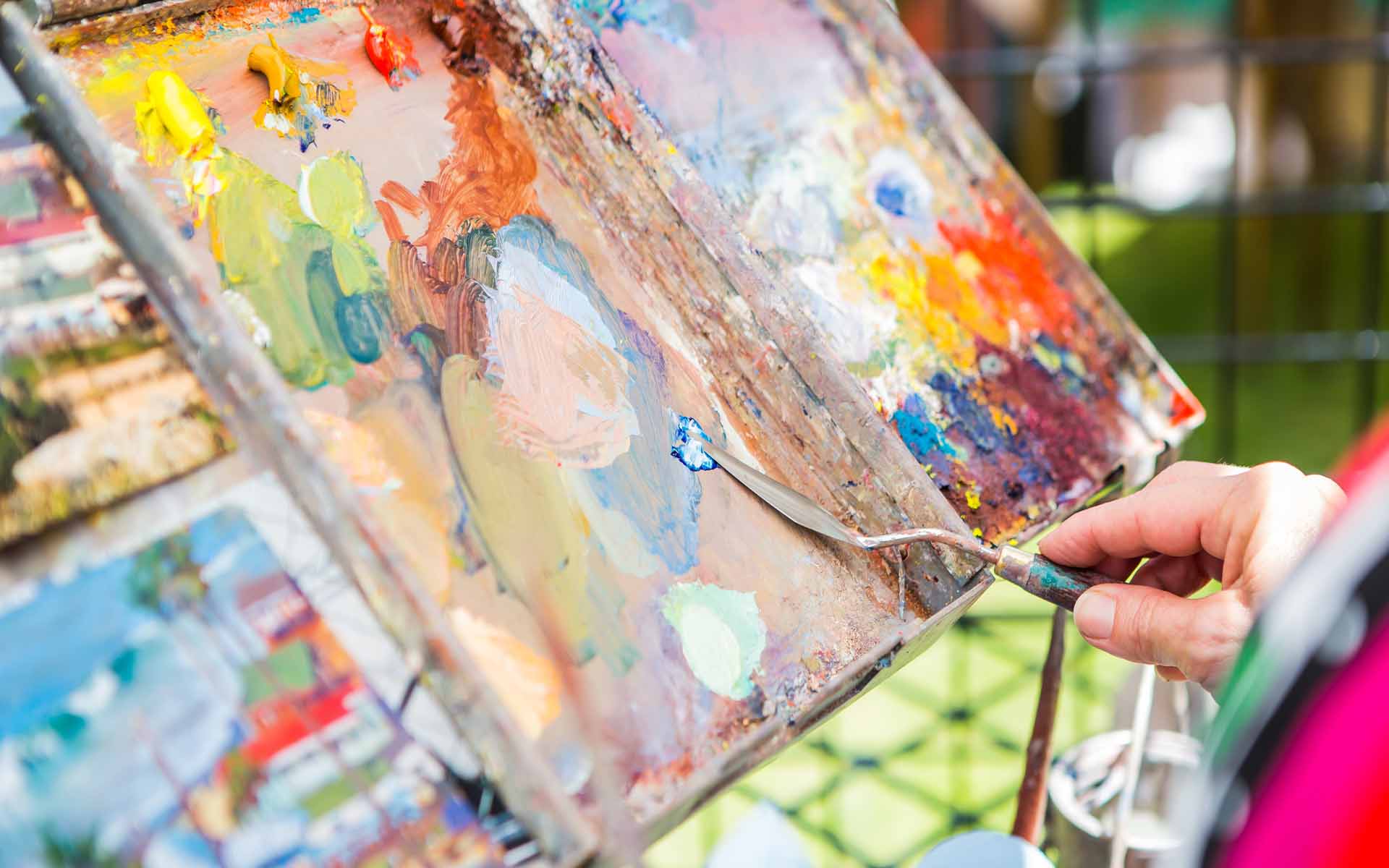 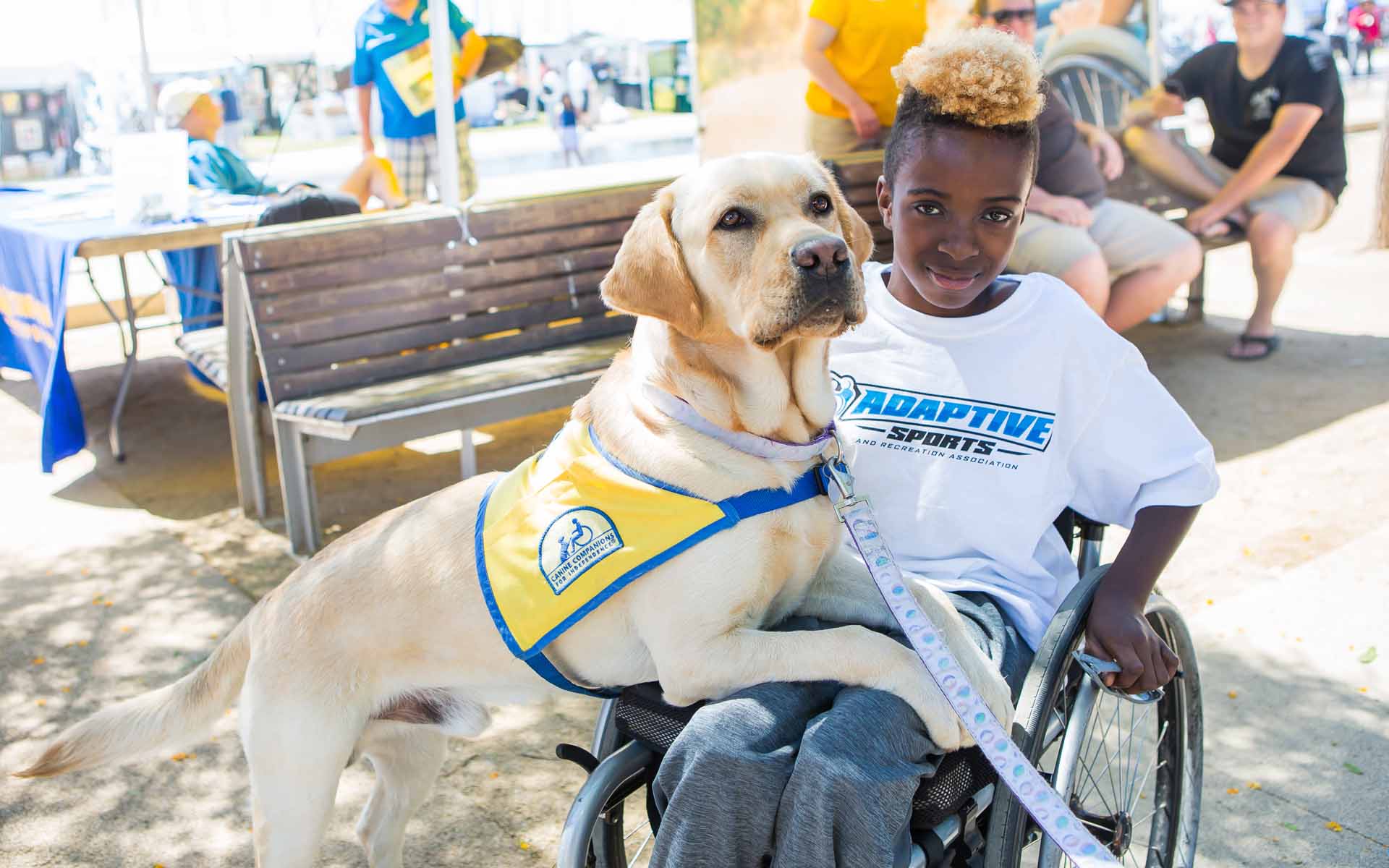 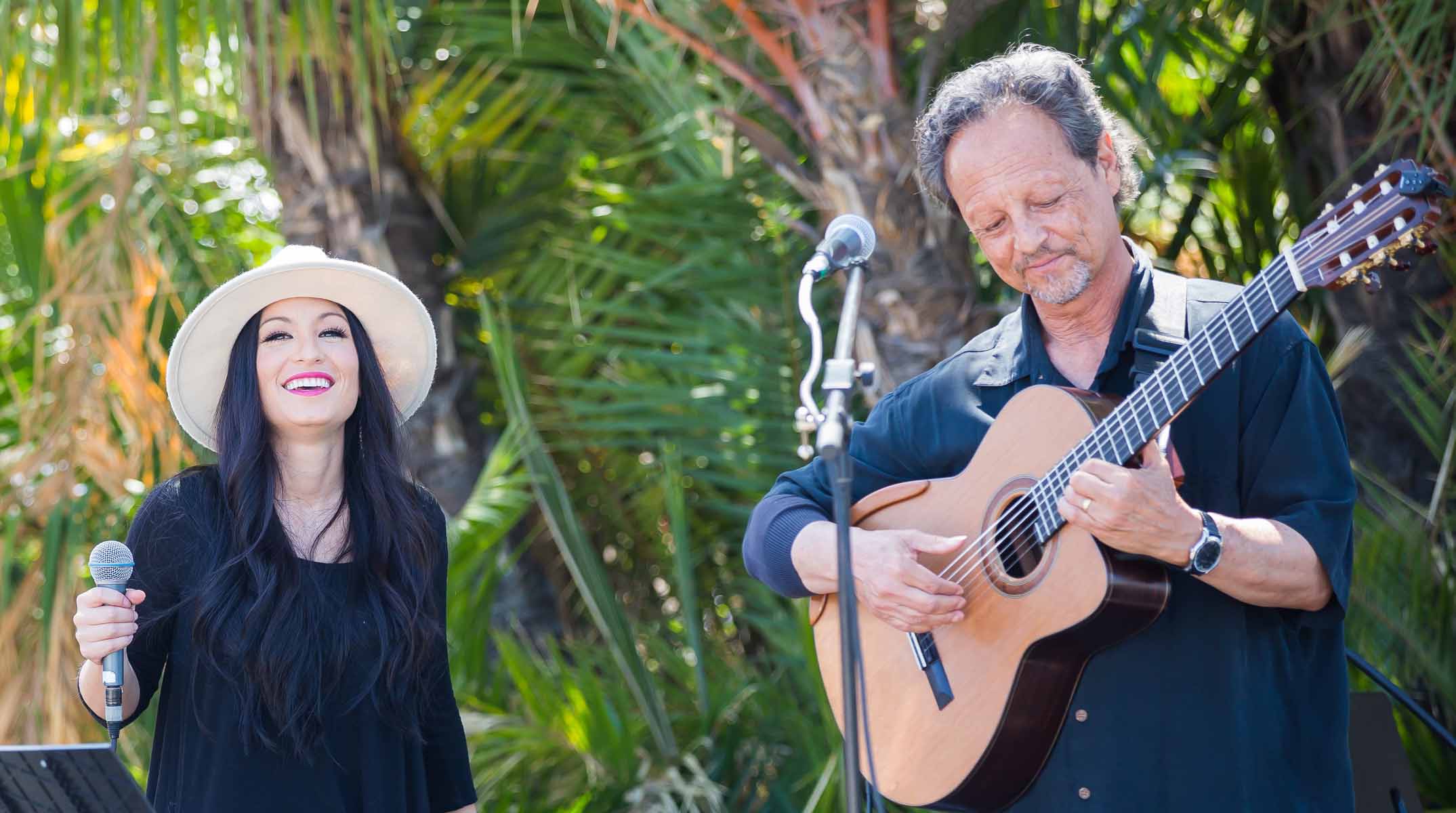 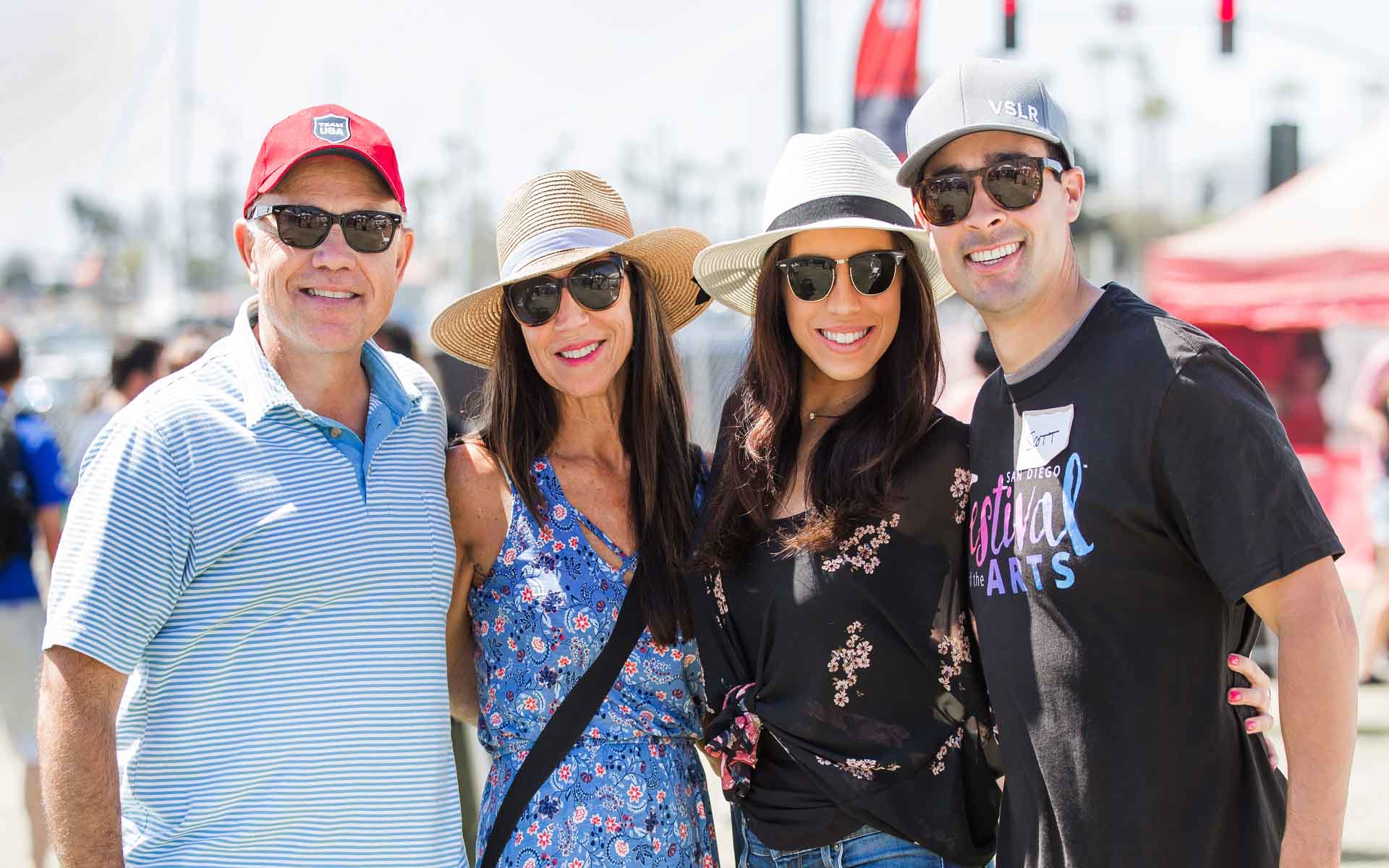 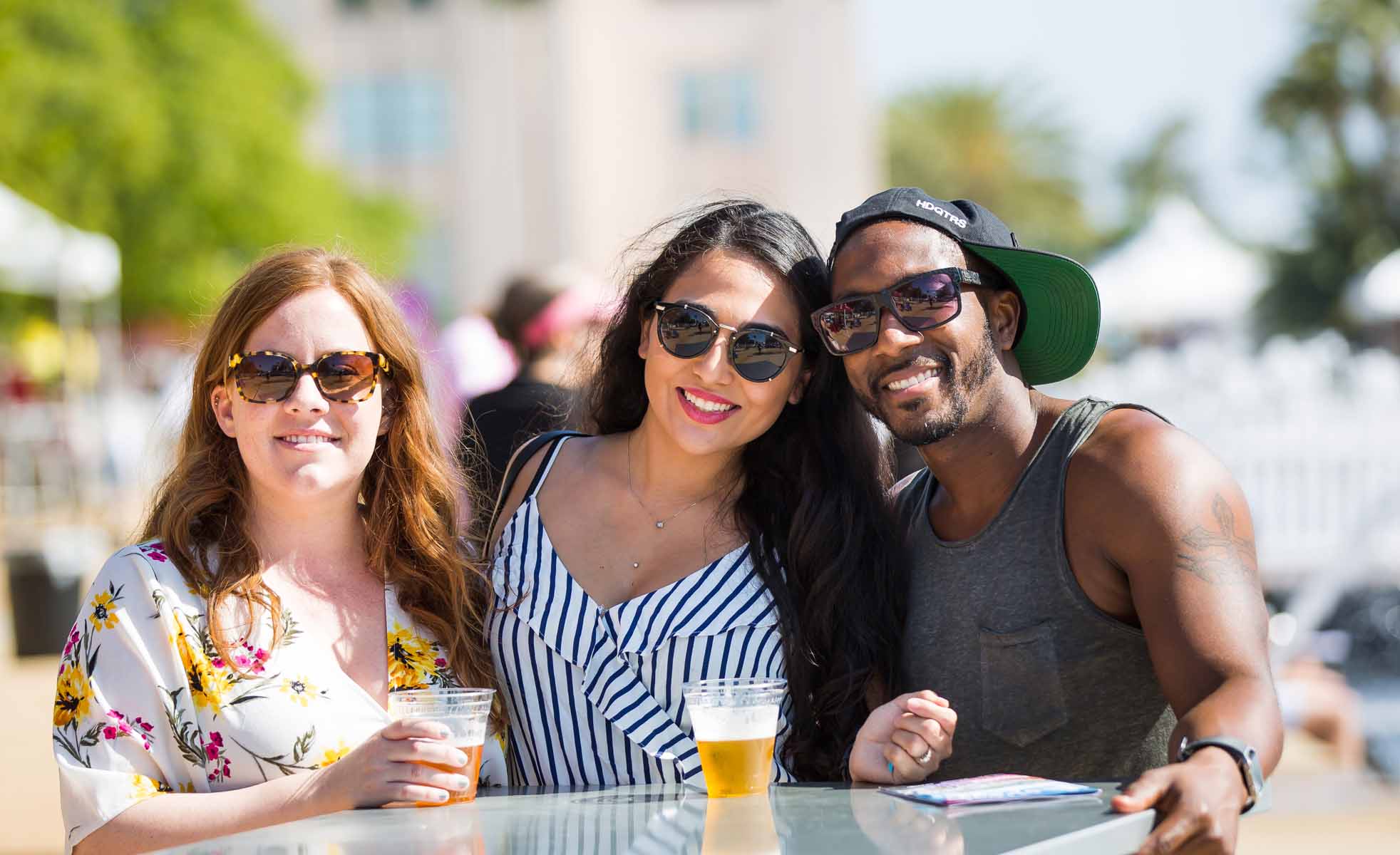 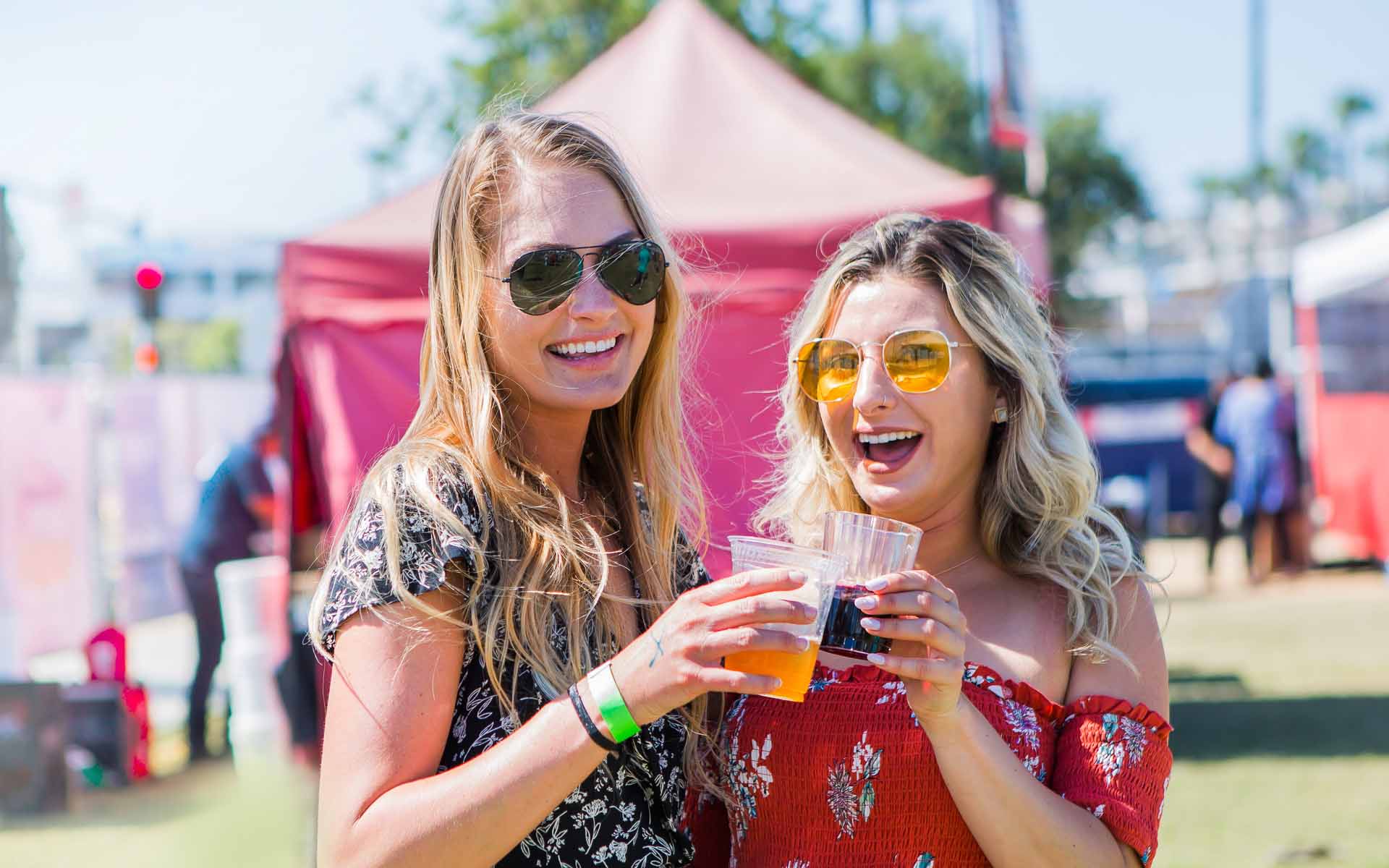 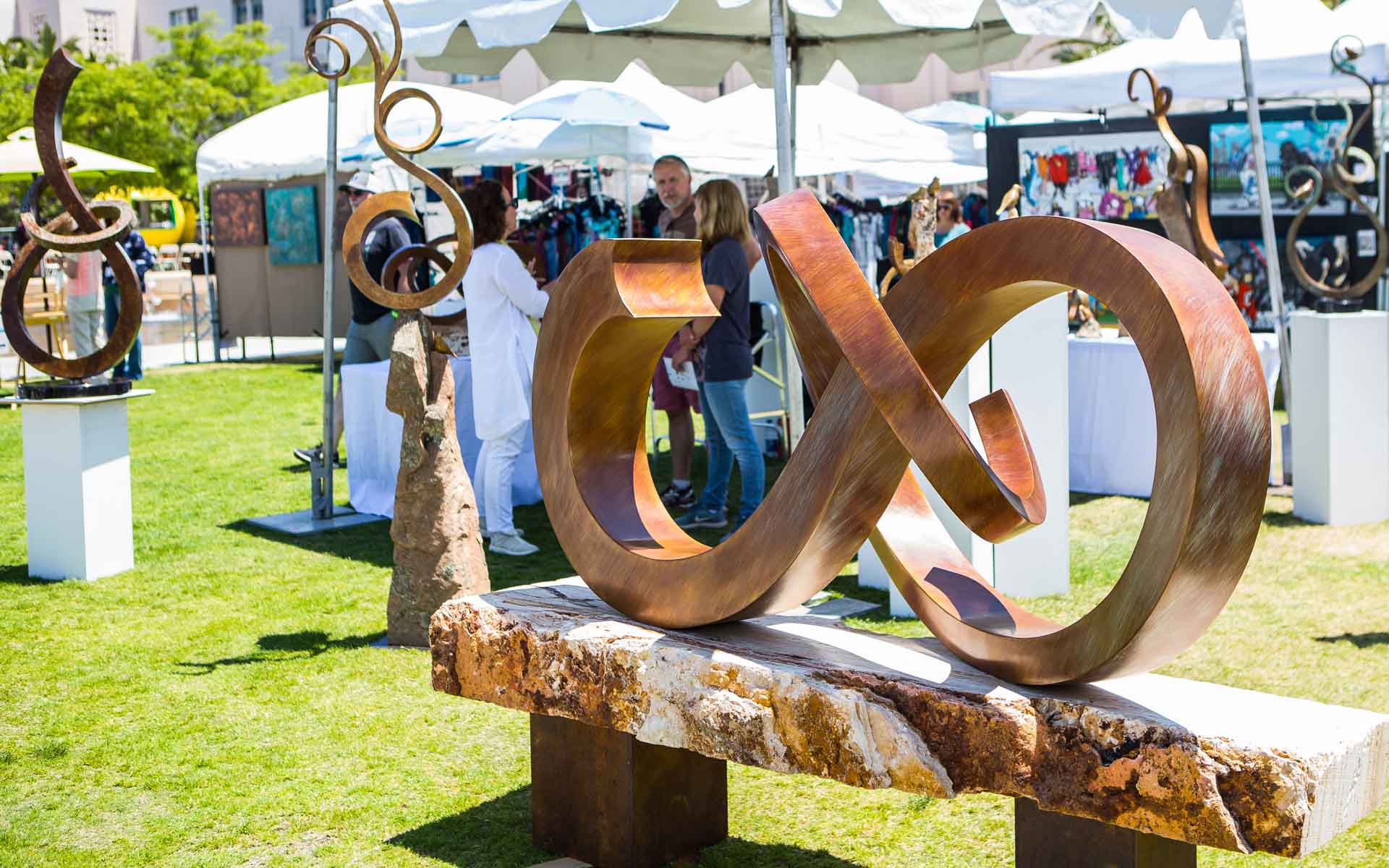 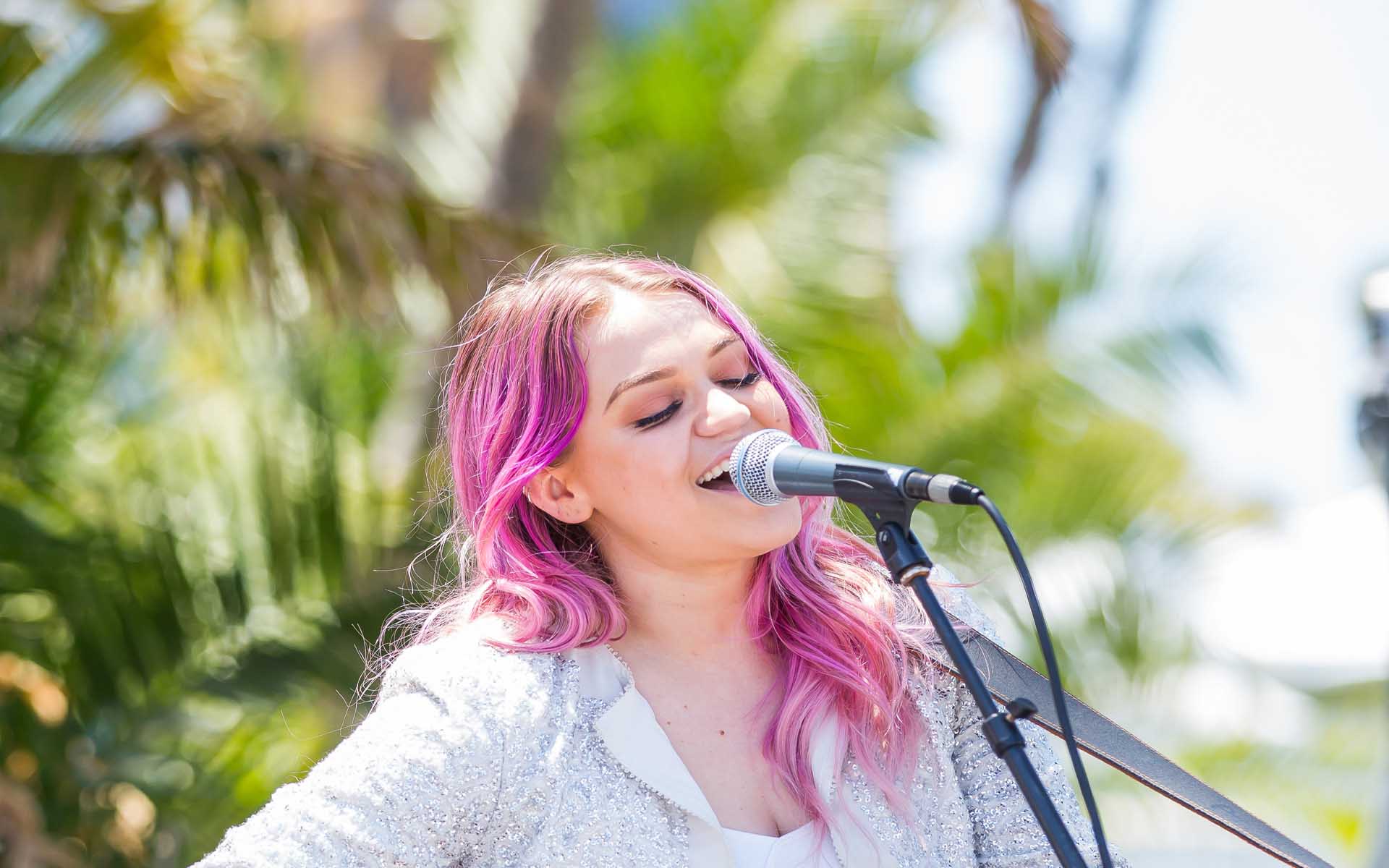 2022 SAN DIEGO FESTIVAL OF THE ARTS

Follow Your Art and join us in celebrating our 36th festival at the San Diego Surf Sports Park in Del Mar, California on Saturday and Sunday, September 10th -11th.

Experience 150+ juried artists, world-class live music and entertainment, wine, craft beer, and cocktails plus a variety of cuisine to please every palate. Tickets, silent auction, and beer & wine sales all benefit adaptive sports programs for local adults and children with disabilities. $2.7 million has been raised through this primary fundraiser since 1987. We look forward to meeting you there. This year's event is 21 and up.

Show me on Map

Get behind-the-scenes experience at this year’s festival by signing up as a volunteer—soak up the sun, work with creative people, and help support San Diego Festival of the Arts Foundation, Inc.’s community service initiatives. Volunteer options include:

Thank you for your interest in the 36th San Diego Festival of Arts™.

Please ensure that your Zapplication account is up-to-date, as it is required to register for the 2021 Festival.

As you prepare for the Festival, please use this page as a guide and refer to it for any questions you may have.

More Information on Booths, Rules and Regulations, and Jury Details for Artists.

Interact with 150+ critically acclaimed fine artists from around the country while enjoying live music, the gentle ocean breeze and the scenic landscape. Guests will appreciate an array of palate-pleasing cuisine from San Diego’s favorite restaurants while sipping local craft beer, fine wine and spirits throughout the venue. The new location boasts plenty of on-site parking for $12 per vehicle for the day or $20 for both days. Prepaid parking is available when you purchase your ticket online. Parking collected online and onsite go to the venue.

Get presale tickets online through midnight on Friday, September 9. · Single day presale: $13/ Day of event: $15 (plus taxes & fees) · Two-day presale: $17/ Days of event: $20 (plus taxes & fees) Tickets are available online and at the door both days of the event or pay cash at the door with no additional fees. Active Military with proper ID are free! Please upload a copy of your ID at checkout. Dogs on leash or carriers are welcome. Kindly clean up after your pets. Event is 21+

Covid-19 Notice: Protocols are subject to change as new federal, state, or county guideline updates occur. As a reminder, any large gatherings do increase the risk of contracting COVID-19. While we can do our best to prevent the spread, we cannot guarantee it will not occur. Attendees, partners, vendors, and staff are participating in the event at their own risk and neither San Diego Magazine nor San Diego Festival of the Arts Foundation Inc., is liable for any event participant or attendee contracting COVID-19. Please feel free to message the Event Manager with any questions or concerns – admin@sdfestivalofthearts.org 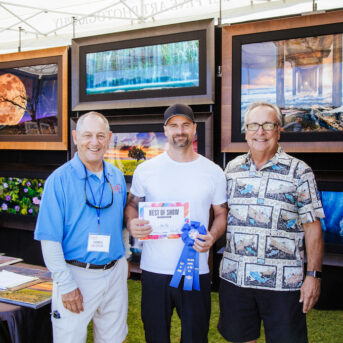 San Diego Festival of the Arts Names Best of Show 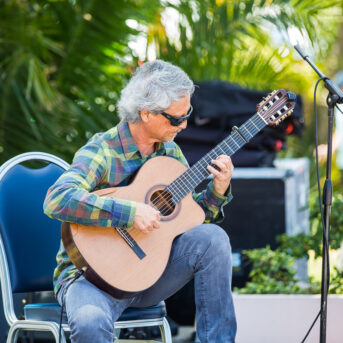 Sights & Sounds: The Artists at the Upcoming San Diego Festival of the Arts Sept. 11 & 12 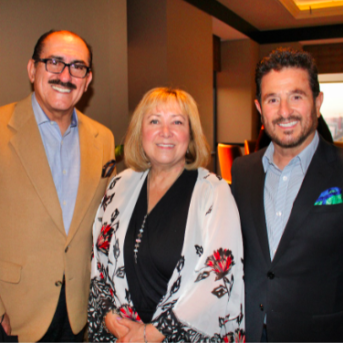 A Celebration of Art and Artists 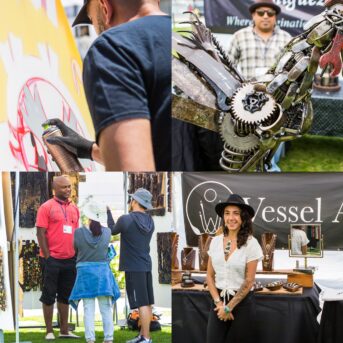 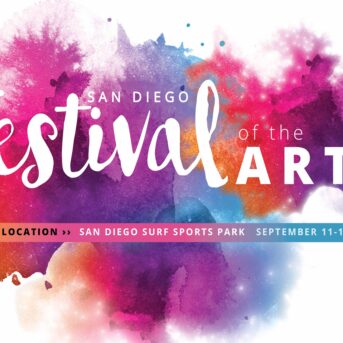 The origin of the San Diego Festival of Arts™ doesn’t have much to do with art at all. It all started with an idea … and a pelican.

After Sue Erhardt, who had lost her leg in a water skiing accident, had a reawakening learning to snow ski on the slopes of the San Juan Mountains, she wanted other people with disabilities to have access to the same life-changing experience. She enlisted the help of her husband, Ross, a member of the Torrey Pines Kiwanis, to convince his fellow club members to contribute to this worthwhile cause.

For the first few years, the Kiwanis group sold candy to raise money to send people for adaptive ski lessons on the powdery peaks of Durango, Colorado. Then a new member, noted photographer Dallas Clites, suggested a charitable art show. Clites had previously used his work to illustrate the dangers of pesticide DDT on wildlife, specifically the brown pelican, and snapped his now iconic photo of a revitalized pelican soaring like a phoenix from the ashes for the Festival’s inaugural poster.

Proceeds from the Festival have sent more than 500 differently abled San Diegans to Durango with all travel expenses paid. The Festival has also benefitted dozens of nonprofit organizations including San Diego City Schools Adaptive Physical Education, St. Madeline Sophie’s Center, Challenged Sailors, and the Wheelchair Dance Organization Program. Since its founding, the Festival has raised more than $2.5 million and impacted about 40,000 people.

Financial support is provided by the City of San Diego 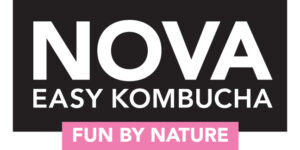 On behalf of the San Diego Festival of the Arts Foundation, Inc., your company is invited to be a part of the 36th annual Diego Festival of the Arts™ on September 10-11, 2022. In addition to supporting adaptive sports and recreational programs for disabled San Diegans, your organization will have the opportunity to market to sophisticated buyers, fine art patrons, and influential business and community leaders, while also treating customers, friends, and family to fine art, food, and entertainment.

The San Diego Festival of Arts Foundation, Inc. is a nonprofit 501c(3) organization, which is 100 percent volunteer and distributes funds to organizations that provide sports and recreation programs to San Diegans with disabilities. We’ve been doing it for more than 30 years! The San Diego Festival of Arts™ is the sole fundraiser for the Foundation. Whether it’s getting a wounded warrior back on a surfboard, a quadriplegic at the tiller of a sailboat, helping a blind person snow ski, or donating adaptive sports equipment to local schools, we’re here to help.

If our mission sounds like it fits with your charitable goals, we hope you will consider a contribution to the Foundation.

The following programs have received funding from the San Diego Festival of the Arts Foundation, Inc.

The entrance is on the right, 2.8 miles from the freeway

The entrance is on the right, 2.8 miles from the freeway